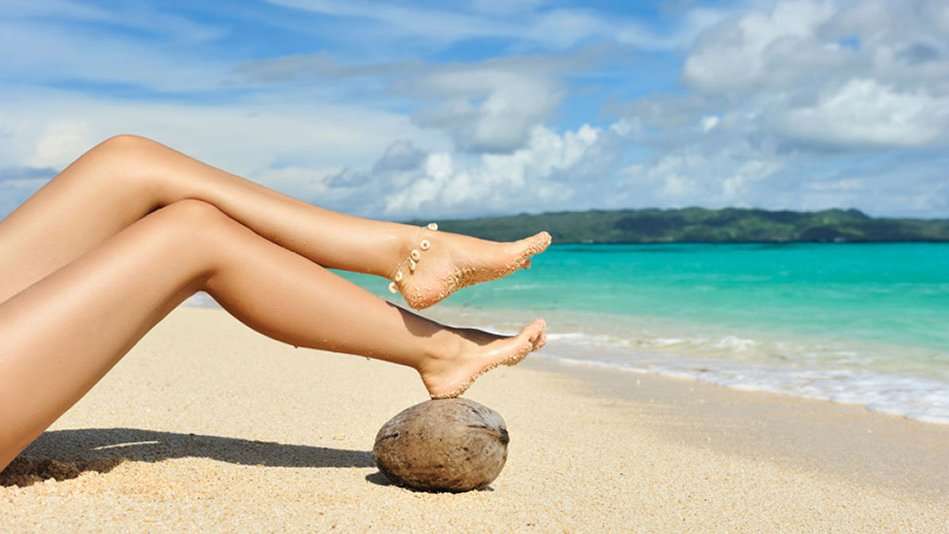 There’s something to be said for a pair of amazing, flawless legs.

As far as I’m concerned, an amazing pair of legs can more than make up for a slightly underdeveloped upper body or even that belly “pooch” so many of us are working hard on melting off.

Just picture it: A short skirt, hot pair of heels, wide belt over a low-buttoned blouse, and you’ll knock ’em all off their feet! 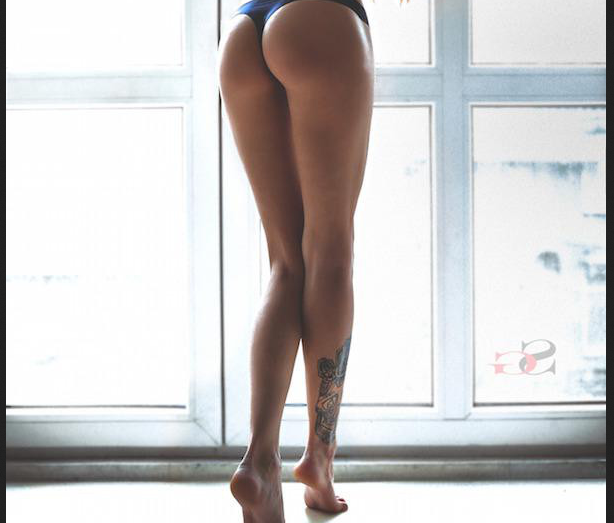 While many of us are doing plyometrics and sprinting at every opportunity in hopes of bringing the size of our legs down a notch (or two), there are still quite a few ladies who’ve seemingly tried it all in hopes of adding some hard, lean, sexy mass to their gams — all without much success.

This article’s for the latter group of girls.

No matter what you’ve tried, nothing will compare to the leg workout outlined below. You’ve just stumbled upon a gold mine!

Without further ado, I give you the foolproof way to gain lean, metabolism-boosting, fat-burning muscle.

And what makes it foolproof?

It’s foolproof because not only does it have a solid track record of turning more than a few pairs of my clients’ chicken legs into amazing,shapely, strong human ones, but the principals it’s based upon are scientifically proven to be more effective than just about any other method.

Eccentric Training: A Cut Above

Eccentric movement of a muscle refers to the elongation phase of its contraction.

It’s sometimes referred to as the negative portion of a movement, and is basically the force that muscle exerts as it’s being lengthened, acting to decelerate the action.

When aiming to build mass and strength, eccentric training is a much more powerful tool than concentric training due to the fact that eccentric contraction recruits many more muscle fibers, generating the most damage within the muscle, and consequently, that much more growth

There’ve been hundreds of studies done to demonstrate the above fact; one that stands out took place over twelve weeks and compared the effects of eccentric training to that of concentric training over that time period.

It reported that isokinetic eccentric training increased type IIa fibers in the muscle worked to that ten times of identical amount of concentric training.

A subsequent study was done a few years later comparing the effects of eccentric training to not only concentric lifting, but also mixed training — the combination of both methods.

A multitude of studies followed, all pointing to eccentric training as most effective and absolutely crucial for both hypertrophy and strength gains.

Let me mention just one more of these ensuing studies before your eyes start to glaze over with all the science talk.

This one took place over eleven weeks and was done to demonstrate the effects of negative training on the elderly.

Its conclusion is one that any bodybuilder would be excited to hear: All subjects who were trained utilizing exclusively eccentric work experienced a 60% increase in muscle fiber cross-sectional area, while those trained using “traditional” methods only saw a 41% increase.

That’s a difference of nearly 20% in pure muscle gain!

If that doesn’t make you wanna hit the weights and focus on your negatives, nothing will. 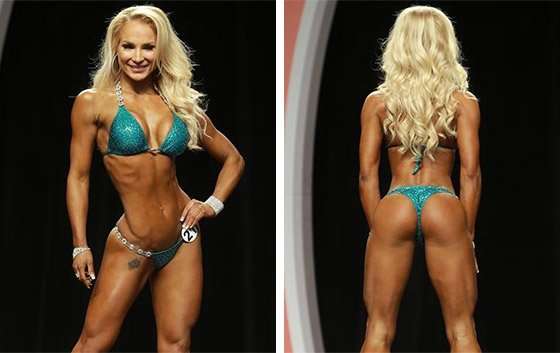 But isn’t there a negative portion to every movement?

Yes, there is; however two factors come into play here: Firstly, think back to the study quoted three seconds ago, the one that proved eccentric training to be more effective than not only concentric, but also mixed training.

That means that if you want optimal gains, you’d be smart to focus on your negatives rather than adding them in as an afterthought to a traditional routine.

Secondly, a muscle is stronger during the eccentric contraction than it is in the actual lifting portion of the movement, so it’s impossible to train the negative portion of your lift to its full potential by performing “normal” training that’s based on concentric lifting.

So again, it can’t be an afterthought — if you want to gain both muscle and strength, you must construct your routine around it.

Our priorities are clear: We aim to build the most amazing,shapely, symmetrical, strongest physique humanly possible.

We experiment with endless methods, programs, and theories on our never-ending quest to find ones with a bit of an edge over the others.

It’s obvious that eccentric training is one of those superior methods, with some impressive benefits over all others, all backed up by concrete data showing just how effective it is at building mass, and consequently, that figure you’re after.

But what happens when appearance takes a back seat to health? What about times when lifting hurts — and not in a good way?

Injuries happen to us all, and tendonitis is one of the most common ones effecting bodybuilders.

This overuse injury results from recurring microtrauma to the muscle fibers and leads to tissue damage in the form of degeneration on cellular and extracellular levels. It’s basically inflammation of the tendon that can lead to pretty substantial pain.

Now, there’s a reason I’m mentioning all this in an article on eccentric leg training: If you’ve ever experienced tendonitis in any part of your lower body (achilles tendon, iliontibial band, and the patella tendon are ones most often effected), you owe it to yourself to give this program a try.
Here’s why: Eccentric training has been proven to not only prevent, but also alleviate chronic, long-term symptoms of tendonitis in numerous studies.

I know you must be itching to get to the program, print the darn thing, and put it to work already! Your wish is my command. 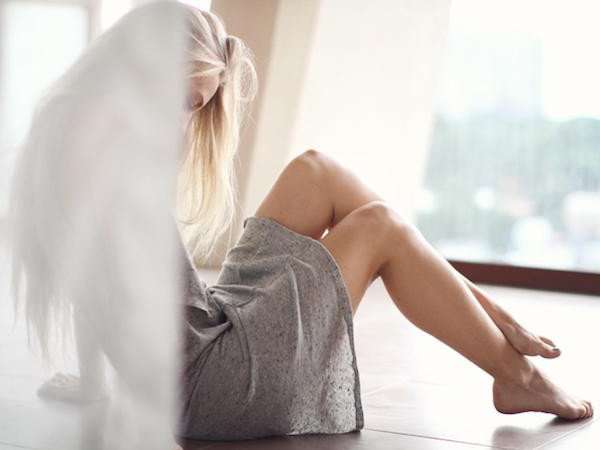 Make no mistake about it; the following leg training routine is intense. It’ll fry every fiber of every muscle group in your lower body and leave you in pain — the good kind — for days afterwards.

But if performed the way it’s laid out, it will result in substantial muscle and strength gains.

The perfectly curvy, solid legs you’ll see in the mirror in just a few weeks from today will be more than worth your efforts!

Load the bar with 65-70% of your max. Take 6 seconds to descend into your squat, then return to standing position explosively.

(Or Variation for those with spotters:)

How to: Load the bar with 120% of your max. Have two spotters stand on each side of the bar. Take 8 seconds to descend into your squat.

Once at the bottom, the spotters are to lift the majority of the bar’s weight (we’re talking 90% here) back to the top, as you ascend. Repeat the slow descend on your own.

How to: Load the machine with 65-70% of your max. Take 6 seconds to descend into the bottom position of the squat using just one leg.

Once at the bottom, return to top position using both legs. Repeat, alternating legs on descend. Complete 5 reps per side, 10 reps total per set.

How to: Set the safety bars so that the barbell rests on them in the bottom position of your squat. Load the bar with 45-50% of your max.

Take 6 seconds to descend into your squat, then return to standing position explosively. Complete 20 reps.

Note: If failure is reached prior to completion of your set, re-rack the weight and take a 20-second break.

Hold weight to chest. Using just one leg, take 6 seconds to lower your upper body until fully flexed at the hips.

Use both legs to raise upper body until hips and waist are extended.

Do 5 sets of 5 reps per leg, alternating legs.

Complete 5 reps per side, 10 reps total per set.

Curl the weight up explosively, using both legs, then take 6 seconds to lower it with just one leg at a time.

Complete 12 reps per leg, alternating with each rep, 24 reps total per set.

Set your weight to 60-65% of your max. Raise the weight using both legs.

Once at the top, take 8 seconds to lower the weight using one leg only. Complete all reps with one leg before moving on to the other.

To be performed at the end of the training session.

How to: Holding onto a bar, go up onto your toes as you go down into a deep sissy squat. Lower yourself/lean back as far as possible.

How to: Put your leg up on a high surface and hold onto that leg’s toe while pushing on the knee of that leg with the other hand. Hold for 1 full minute.

How to: Use a standing calf raise machine for this.

Set your weight to whatever you’d normally use for calf training.

Raise the weight up, then lower yourself down as far as possible for a maximum stretch. 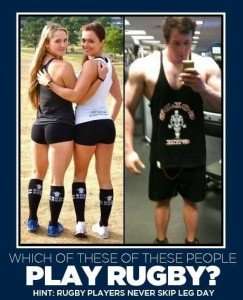 And that’s the routine if you want amazing flawless legs...

If nothing you’ve ever tried has done the job, if you consider yourself a “hard gainer,” if you’re tired of having a shapeless, “flat,” “skinny” lower body… today is your day.

All that’s left to do, is hit the “print” button and hit the gym.

Let me know how you like the workout as soon as you’ve tried it on my Facebook page.

24 thoughts on “How To Get Amazingly Flawless Legs”