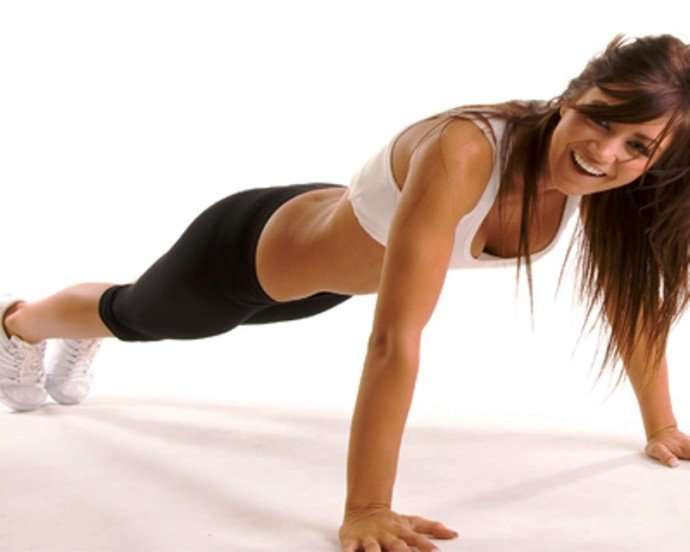 We all have weak body parts that just don’t seem to match up to the rest of our bodies.

Whether it be that your shoulders aren’t capped enough, your back isn’t sculpted enough to create a V-taper.

Maybe your booty isn’t looking as tight and “bubbly” as you’d like.

It’s frustrating when everything about your physique satisfies you, but that one or two body parts

The worst part is, there’s such conflicting advice about building up weak body parts, that it can be hard to decipher through it all.

Don’t do anything extra because you’ll over train?

What’s a girl to believe?!

I’m here to tell you just what’ll work: Don’t be afraid to give a weak body part extra attention!

Just like the rest of you, I’ve heard that we shouldn’t train a specific body part more than a couple of times a week for fear of over-training.

And this is partially true, but if there’s an area of your body that needs extra work, it’s okay to do exercises for it up to four or even five times a week.

The one thing you don’t want to do, however, is hammer that body part with multiple exercises and multiple sets 4-5 days a week.

The other thing you’ll want to avoid, is focus on multiple weak areas at once.

For example, if you would like to work on upper back strength, doing 2-3 sets of two exercises on your upper body days is a great idea.

Then, you can also add another couple of sets of one or two exercises on your lower body days, and then maybe even do a set or two of an exercise on an off day.

This is a technique often used by some of the strongest powerlifters in the world over at Westside Barbell.

I’ve read about them having someone train hamstrings six days a week when they are trying to strengthen that weak body part!

Now, six days a week on the same body part may seem a bit excessive, and it’s hard to compare the lifters at Westside to your average woman, but trust me, I’ve seen this work with plenty of natural females who are new to lifting.

Using the example from earlier, I may have a client train her upper back as follows (I will only be detailing the back exercises; not all of the exercises that are done are shown below):

Tuesday: OFF from other lifting

Thursday: OFF from all lifting

Sunday: OFF from all lifting

Keep in mind that after 4-5 weeks of focusing on a single weak body part, you’ll want to give it a rest and train it “normally” for a while, to avoid over training.

You can always come back to it in a few months, and in the meantime, focus on building up another body part you may not be completely satisfied with!

No excuses, ladies; you’ve got the tools, so there’s no reason you shouldn’t look great and feel strong all over!